Taking Action to Help the Children

A student leaves school at the end of the day in the Northern Lehigh school district (NLSD) and may not eat until they return to school the next day. “We make a point of feeding them before we send them,” Susan Bahnick, food service director, said. 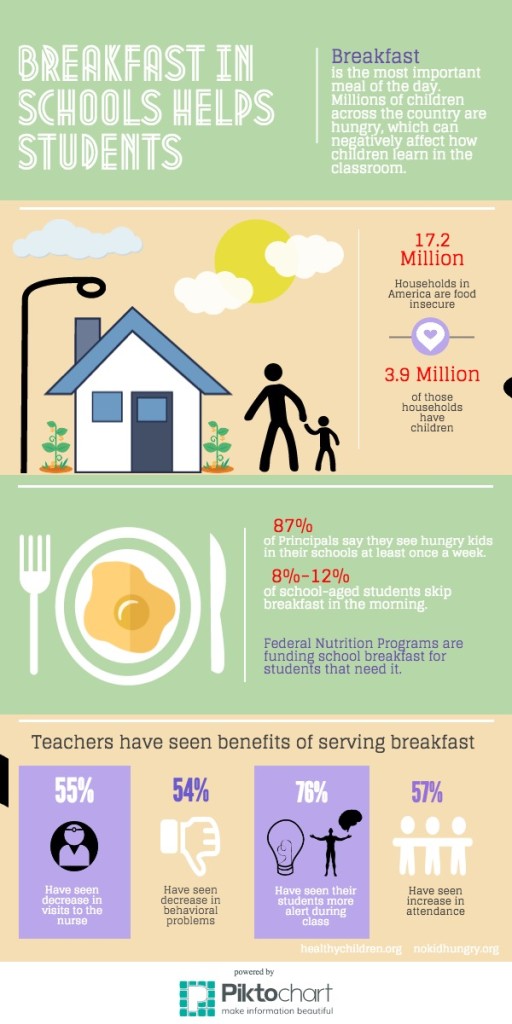 Food insecurity is not just a critical issue in NLSD, it plagues the entire United States. The USDA reports that 17.5 million households were food insecure in 2013. From those 17.5 million homes, 3.8 million of them included children.

Bahnick strives to go beyond what is required of her to ensure that the students in her district are given what they need. “I feel this is what I was meant to do,” Bahnick said. “ I have seen so many kids that are starving.” Bahnick explains that children will often walk into their cafeteria and just break down and cry.

Though Bahnick has not experienced food insecurity herself, she witnesses the struggles of the families in her district. “I had a mom call me telling me about how she didn’t have money because her child was disabled,” Bahnick said. “With all of the medical bills her child did not qualify for lunch.” Bahnick took it upon herself to anonymously write a check for that child to pay for his lunch for the entire school year.

“I want people to recognize that we have a situation and we need to react,” Bahnick said.  “1 in 3 kids are suffering from obesity while 1 in 5 kids are going to bed hungry.” Many factors contribute to this cause and Bahnick firmly believes that the government is one of them.

In December 2010, the Healthy, Hunger-Free Kids Act was signed by President Barack Obama. The act reauthorized a number of child nutrition programs until September 30, 2015. The National Conference of State Legislatures reports that the legislation provides $4.5 billion in new resources for the programs. Of the several programs affected, National School Lunch and Breakfast programs were amongst them.

The HHFK act tackles the issue of obesity but neglects the consequences that it has on hunger. Bahnick finds it hard to feed her children based on the restrictions that the act has. Within the restrictive guidelines, it is mandated that schools serve 100% whole grain products. Bahnick finds that though there are many good things about this act there are also many flaws.

“The American dietetic association says that the American population should try to consume 50% whole grains,” Bahnick said. “Why can’t we be like the rest of America?” Bahnick finds that her students hate the whole grain pastas that the government makes her serve in schools. She finds that not only is it not desirable to students but it is far more expensive. “The price of all of my breads, pastas, rice, and all that has an increase when you are using all whole grain,” Bahnick said.

“The restrictions also develop subgroups that are off based geographical,” said Bahnick. The subgroups assume that children across the nation like to eat the same things. Bahnick believes they should pay attention to what the demands are in the area. “It is more important to feed our children nutritionally rather than have restrictive subgroups that doesn’t give nutritional value because they don’t want to eat it,” Bahnick said.

Bahnick is determined to continue to advocate for change even if it means writing to Mrs. Obama herself. She has one main goal: finding what works for everyone, especially the kids. “I am going to tell you that we have a job to do in this country and we are not doing it,” Bahnick said. “We are having a great success somewhere, why are we hiding this story.”

Mercy Vocational High School, located in Philadelphia PA, is addressing the issues of food insecurity and nutrition through their culinary arts program. Lead Chef, Angela DeVos talks about the types of students she teaches and how she implements healthier meals within her program. One of her students, Chareese Braxton explains her point of view on how DeVos relays this message to her students.