One-third of food that is produced worldwide for consumers never gets eaten. This means that in the whole food supply chain – farm production, harvesting, processing, packaging, 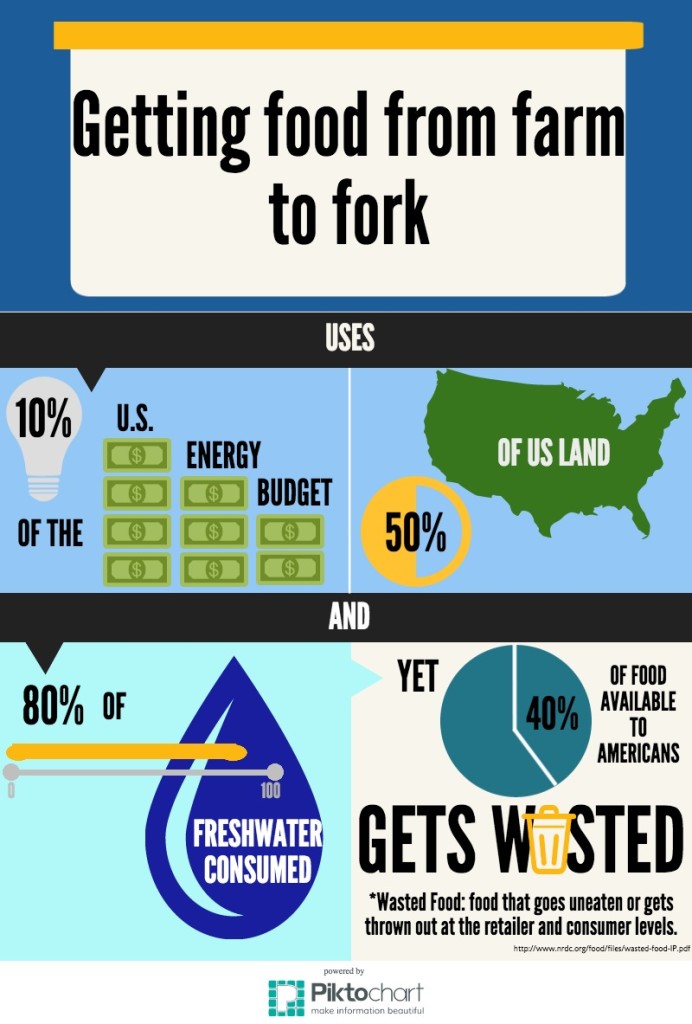 distribution, transportation and retail – less than 70 percent gets eaten.  However,  food waste manifests itself differently for different countries. “In Africa, a third of the food is wasted mainly because of lack of, or poor infrastructure because they don’t have adequate storage,” Zhengxia Dou, Agricultural Systems professor at University of Pennsylvania School of Veterinary Medicine, said. Dou teaches a class specific to food waste at the UPenn Vet School. “In developed countries, most of our food waste occurs at the very end of the chain, that is the consumer,” Dou said.

Food waste is not only wasted money, (10 percent of the United States energy budget,) but also wasted resources and added pollution. “That’s a tremendous amount of natural resources put into making those foods and to not use them is a real waste of energy, water, soil fertility,” Jonathan Bloom, author of American Wasteland, said. “Also the energy and effort of human labor to grow and harvest those items is a lost opportunity to redistribute healthier foods to those in need.” Most of the wasted food ends up in landfills, only about three to five percent are recovered for recycling or composting. Approximately 13 percent of greenhouse gasses in the United States are associated with the production of food, from growing to transporting and disposing. “And then the wasted food in the landfill, what happens to it? It deteriorates, degrades because of microorganisms,” Dou said. The microorganisms that deteriorate the food turns it into methane, a greenhouse gas with 20 times the warming potential than carbon dioxide.