The SNAP Program aids millions of Americans, however, there are ways to make it better and easier to use.
Produced by Alexa Milano

A Look Into SNAP 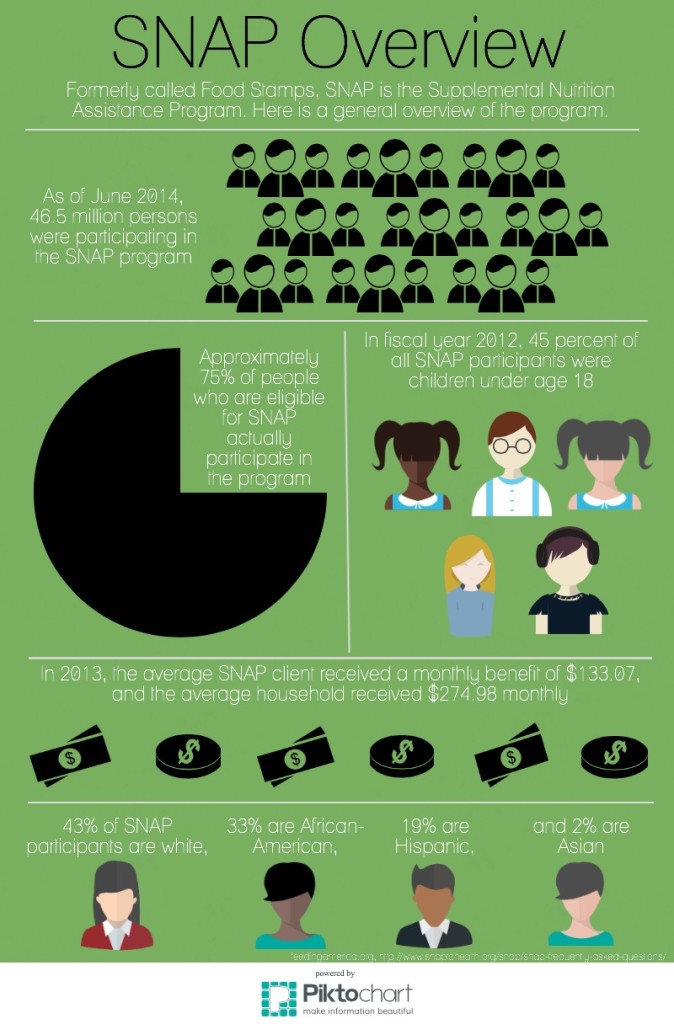 “I was on public assistance for about two years during the filming [of “A Place at the Table”] before I started working at the Coalition Against Hunger,” Barbie Izquierdo, hunger advocate, said. “What I did there was I helped people do food stamp applications. It’s now called SNAP. I fought cases for people who had recently lost their food stamps, I helped people find food pantries like soup kitchens in the area, and I was still food insecure.”  “A Place at the Table” is a 2013 documentary chronicling the lives of three people from different parts of the United States who are struggling with food insecurity. Barbie and her children were one of the families featured in this documentary. Although Izquierdo has become well known from the film, she has never financially profited from it.  “No, I have never been paid for the movie,” Izquierdo said. “I signed all rights over before the movie was even being made.”

Formerly called the Food Stamp Program, the Supplemental Nutrition Assistance Program (SNAP) is one of the nation’s primary defenses against hunger and food insecurity. According to snaptohealth.com, as of June 2014, 46.5 million people were participating in the SNAP program.  “It’s probably one of the single most successful programs ever created by the government,” Bill Clark, former executive director of Philabundance, the largest hunger relief organization in southeastern Pennsylvania, said.

Low-income individuals can apply for SNAP, and if approved, they receive a certain amount of money for food each month. “If you fit the income criteria, that is the main requirement for being eligible,” Mary Summers, Senior Fellow at the Fox Leadership Program at the University of Pennsylvania, said. “They also take into account your expenses, so if your rent is high, your heating bill is high, you get more SNAP benefits than somebody who isn’t paying those expenses.”

The SNAP system has guidelines for what a person can and cannot purchase with their benefit dollars; some of the stipulations include not being able to buy hot or pre-made food, household supplies, medicine and vitamins. “Being on food stamps, it does very much affect who you are,” Izquierdo said. “As a mother I can say that it always made me feel like I couldn’t take care of my children. It made me feel like I had to hide the fact that I was on food stamps.”

Today, Izquierdo is no longer on the SNAP budget and uses her story to educate others around the country about food insecurity. “I think that I’ve helped a lot to try to end food insecurity,” Izquierdo said. “Because of the film I’ve been able to travel the country and share my story. I’ve been able to inspire and motivate people; I think that’s the best part of my job.”

Three individuals explain the struggles and hardships experienced while using the SNAP Program.