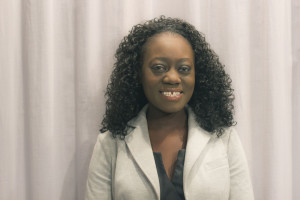 Se’Quia Bailey is known for being a go-getter in all aspects of her life. Originally she entered Cabrini College as a Criminology major seeking to take a few journalism courses. However, because she did not want to limit herself, she was encouraged to take Communication as a whole. She graduated Cabrini double majoring in both Criminology and Communication with the completion of major requirements. Not only could she be found excelling in the classroom, Se’Quia was also seen involved in activities outside her major. She participated in the Cabrini College theater, served as a student ambassador, was a member of the Cabrini College chorus, and was the manager for the women’s basketball team. Each activity she participated in she utilized skills she obtained in her majors. In her many accomplishments she graduated a member of four honors societies at Cabrini College: Alpha Phi Sigma, Phi Delta Episilon, Alpha Psi Omega, and Omicron Delta Kappa. Se’Quia appreciates the endless opportunities that was provided at her time at Cabrini.