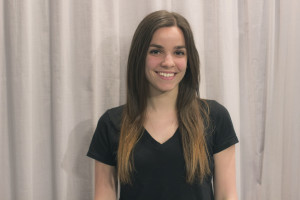 Madison Milano graduated with a Bachelor’s in Arts in Psychology and Communication. She was a member of the Campus Activities and Programming (CAP) Board for four years where she found a love of event planning. In addition, she was also one of the Orientation Coordinators that planned the 2014-2015 New Student Orientation. She was an intern for Philabundance where she assisted an amazing staff in planning and executing the 30th Anniversary Beet Hunger Bash. She was a student on Semester at Sea during the Fall 2013 voyage where she visited 15 countries over four months on a cruise-ship-turned-college-campus. In addition, she participated in two spring break service trips, one to San Lucas, Guatemala and one to New Orleans, Louisiana. She was also a Student Ambassador in the Admissions Office and Deputy Managing Editor on The Loquitur. She found a niche in the psychology department by conducting two of her own research studies. She will continue to believe that she does her best work when she has a full plate and that laughing is the best calorie burner. She hopes to keep traveling but until then, she will continue working hard, buying sundresses, eating delicious food and gazing at the stars.